If you want to try to counter the stream of constant diarrhea of pro-regime propaganda by callers to Egyptian TV channels, use these numbers. It's a small thing, but trust me, it has a large effect.


If you have any links to a stream or numbers that i'm missing, please post them in the comments or send them to me at twitter @Elazul

Egypt: The Other battlefields. 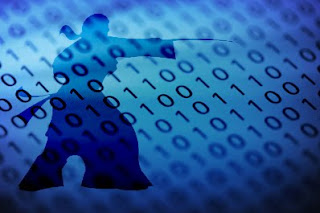 What is a cyber army?
There are two types of Cyber Armies; The kind that does hacking, infiltration...etc , and the Type that goes out of it's way to spread government propaganda.
In this case, the Cyber army is probably the propagandist type; The type that goes out of it's way to change public opinion online, be it through social networks like twitter, you tube or facebook, or other sites like wikipedia, to spread the pro-regime bias to readers at home or abroad.
How effective are cyber armies? Israel's CAMERA itself had created a cyber army with the intent to edit all wikipedia articles with an anti-Israel bias. Syria's Assad has a cyber army dedicated to spreading pro-Assad propaganda all over the internet with varying effectiveness.
In any case, a Cyber army can be largely ineffective, or largely effective. It depends on several factors, but in no case should it be ignored or overlooked, especially when supported by a power base like SCAF.
besides with the SCAF priding themselves on Elections (that occurred with a suspicious absence of violence nationwide), and Egyptians that went out to vote seeing the Army & police being all helpful and polite, who will believe activists, protesters and images like this;
When they have images like these all over Social networks ? 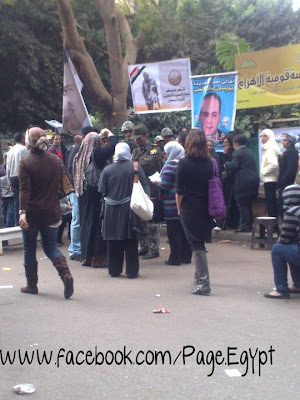 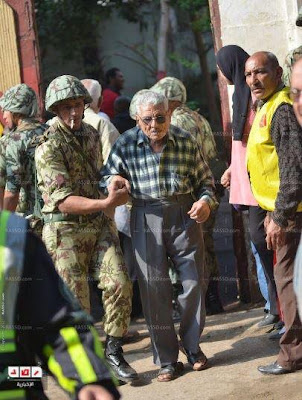 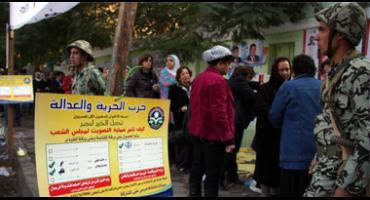 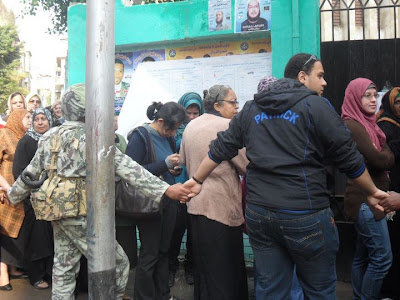 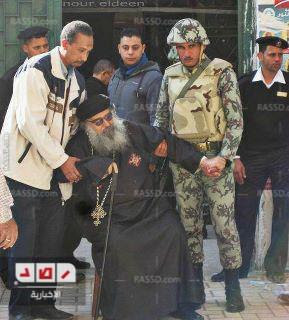