Egypt in a Nutshell. 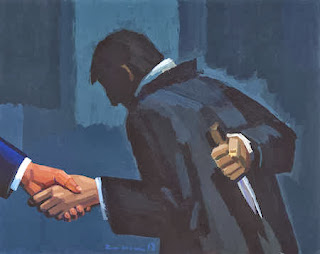 Egypt in a nutshell:

A Quick and Simple guide to Egypt.

Remember when I said our revolution has similarities to the Lebanese civil war, in which "During the course of the fighting, alliances shifted rapidly and unpredictably: by the end of the war, nearly every party had allied with and subsequently betrayed every other party at least once" , and people called me an idiot?

Well you can Kindly go fuck yourselves.

Note: By Salafis in this context i mean "Political Salafis" i.e the Nour party and the offshoots like ElGama'a. I'm not talking about non-political salafis that have joined Rabaa, or stayed away from politics altogether. Unlike the MB , Political Salafis and Salafis can be (and sometimes are) two different groups.


Disclaimer: Yes I do recognize that there's a HUGE difference between the Lebanese Civil War and Egypt post-Jan25. But there IS a similarity in the betrayals.

Edit: Someone Commented that this is oversimplified. Well No shit Sherlock, it's "Egypt in a Nutshell" not "Egypt in a dissertation", You wanna write something more complex and in depth, perhaps correcting my mistakes (if any), then by all means go do so.
Posted by Elazul at 02:20 1 comment: