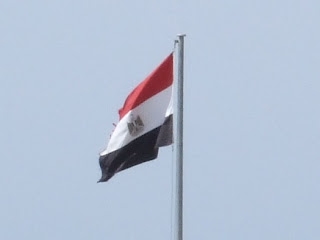 This is an epilogue about the last period in Egypt. Not the last two years. But perhaps the last ten or maybe even the last thousand. I while writing this am embarking on a journey with my mind in which I’m not quite sure where I’m headed, somewhat akin to the wandering drifter that has a vague idea of what the destination may be, but no idea what the path leading there will look like, and only a basic storybook like vision of what the destination may be. In case you may have not noticed, I am about to wax poetic, and while it is based on facts, this is not a factual straightforward post like my usual posts are.

A while ago while sitting with one of my best friends, he asked me to think of one word to describe the situation in Egypt. The word came instantly to my mind with no resistance: Hubris.

For indeed if one was to look at the recent history of Egypt alone (not to mention the trends and mindsets of a sizeable portion of Egyptians that may or may not refuse to admit when they don’t know the answer to something, even if it’s mundane and archaic)  the one word that springs to mind is hubris.

And it is hubris on all levels and shapes, starting from Mubarak, who had he listened to the initial demands at the start of the January 25th uprising in Egypt, Instead of maintaining the arrogance to assume he could and would withstand and survive the uprising where Bin Ali of Tunisia failed, would still be our president or even former president, instead of languishing in a (admittedly 5 star) prison hospital with the title of the “deposed president”.

To the hubris of the former ruling class and party, the NDP (and for the record, the MB as well), who along with Mubarak saw no reason to reform, seeing themselves as the educated civilized class, ruling arrogantly over the uneducated barbaric masses, ignoring the fact that they themselves were to blame for the population becoming uneducated, hungry and aggressive, but never uncivilized and barbaric, at least not yet. Where in the eyes of Mubarak and the NDP, the( admittedly ) somewhat successful initial few years of their reign, were enough to make up for any wrong doing they may have done, that is, if they ever even understood how wrong and guilty they were.

To the hubris of some of the revolutionaries, that fell prey to the lights shined in their faces, that believed in the deceitful (but not without merit) glory heaped upon them by the foreign media, by think tanks, by even their own people, forgetting that glory and fame are fleeting, and that today’s hero may go down in the history books as yesterday’s villain.  Arrogant enough the entire time to ignore the needs and wants of a population at large, believing on some level that if they rose up, the population would rise with them no matter what, that they were the new leaders, that they had what it takes to be a leader, dismissing the hunger, fear, and basic human requirements of the population the entire time.  Failing on multiple levels to win over the hearts and minds of the very people they assumed to lead,  failing to realize they needed their unconditional support to take on an enemy that was much older, much more experienced, and much more devious and powerful.

To the hubris of the population itself, specifically a sizeable section of middle aged and elderly, who still insist that they know better than their children, never learning the lessons of their forefathers. Refusing to admit that their children suffer today for their past and present mistakes. Refusing to throw their lot in with that of the revolutionaries who they believed were wrong, and instead demanding that the youth of the revolution should throw their lot in with them instead, never even thinking that they may be wrong, and as such, asking the youth of the revolution to do the same thing they themselves refuse to do.  Never willing to accept that the mistakes of the youth are part of the learning process, whitewashing their own mistakes all the while. For they had the chance to make their own mistakes (which they did and which led us to where we are today), but in their hubris they refuse to allow the youth their chance to make their own mistakes, to solve the problems they themselves are responsible for and have long since given up on really finding answers to, for they recognize the illness, but do not have the cure, even while pretending even to their own psyches that they do. They refused to leave their comfort zone. They refused to step aside.

To the hubris of the emerging secular political parties, that believed that with their sharpened sticks, and stitched armor, they could hold ground or even overcome a behemoth entirely on their own.  Arguing and dividing over minor issues, while the leviathan picked them off one by one, and spit out their bones as a warning. Losing parliamentary seats and positions because they refused to listen to the well prepared and well defined plans and council of a youth (among many) of their own ranks.  Dwindling in power because they refused to see the battlefield as it is. Refused to understand that to win a war, one must replenish the ranks of the fallen with new strong blood, instead of attempting to reanimate and polish the corpses of the fallen.

To the hubris of the Islamic forces, that believe that they  are the true source of religion, and as such that they know better than anyone else, that they in a way have the true word of God, while all else have a deviant facsimile of the word, if they even have the word at all. Believing that their struggles are the only true legitimate struggles, brushing off all others. Relishing in the bask of their (deceitful) new found power, playing down the legitimate fears of a large section of the population, believing them to be falsified and manufactured, refusing to see the truth in that fear.  Refusing to truly look into a mirror and seeing what their fellow countrymen see and fear.

To the hubris of the SCAF, hubris derived from their power, hubris that led them to believe since the 1950’s that they are in a manner the only true path. That what is good for them is good for the country, seeing the population as infants that must be raised in the manner they desire, or they will be lost, that they are the fathers of this strong willed rebellious infantile and adolescent population, that they can and must guide, punish and manipulate the child into following and revering the will and instructions of the father, conveniently ignoring that if said belief were to ring true, that the children almost always pay for the sins of the father. Never once behaving like a true selfless father does, but instead behaving like a selfish father that begets children as labor, to profit off their sweat and vitality, while providing his children with just enough sustenance to survive, but not enough to thrive.

Hubris is everywhere in Egypt, permeating all manner of thought and life. It is hubris that causes us to stumble over debris and obstacles that we either fail to notice or arrogantly ignore; believing that our ill shielded legs can plow through them like an elephant among wild grass. It is hubris that causes all of us to suffer, be it our own hubris, or the hubris of others around us.

I must admit the title of this piece is misleading, for it is in a sense an epilogue for all that has passed, but in another it is a prologue for all that is yet to come. For it is not an ending. There are no true endings. But it is not a beginning either, for how can there be a beginning when there is no true end? Epilogue or prologue, at the end of the day, it all comes back to one word: Hubris.