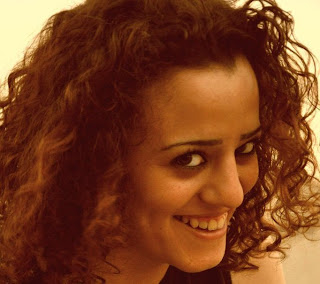 The following is part of a note I initially wrote on Facebook on Feb 20th 2011 called "Enough Misinformation, Use your Minds and Think!", that I wrote because I was tired of people spreading bullshit. I've decided to split it up and post it here, the following intro was the intro for the note.
----------------------------------------------------
Ok, im really getting sick and tired of people spreading around rumors, without actually doing any research, so here, let's go.
(Note: Before you think of telling me "You're full of shit" I actually did research. Unlike 99% of the people out there. So even if i might be wrong, I at least bothered to do some research, and if you can prove that i'm wrong, I will gladly add your proof and admit my mistake)
(Feel free to copy, share do whatever you like with this note, Just credit me please)
----------------------------------------------------
About Sally Zahran being Veiled and her parents asking for us not to distribute the unveiled pictures, And about people who claim she's not a "Martyr"
This is where I'm going to get offensive.
Anyone that is against this picture, is an idiot and does not respect personal choice. I'm not even going to discuss it. I have Zero tolerance for debate on this.
Sally choose to live without wearing the Hijab. And she choose to die without wearing it. She Might have worn it at some point in her life, but she CHOSE to die fighting for Egypt without it.
The fact that people are distributing an image of her in a Hijab (and mind you nothing really confirms that the "sally" in a veil is really even Sally) and demanding people remove the image without the Hijab IS DISRESPECT OF SALLY'S CHOICE.
I don't care if her mother really does cry on some channel, THIS IS SALLY'S CHOICE, NOT YOURS & NOT HERS!
Ask yourself this, Where did the original picture come from? Wasn't it from her friends? Couldn't it have been from her Facebook? In fact, how many people spreading the "We must not post her unveiled picture" even know the girl personally? Did you ask yourself WHO GAVE THE MEDIA THE ORIGINAL PICTURE IN THE FIRST PLACE!? Surely it was someone that knew her well and loved her enough to want her to be remembered. And THIS is what you're arguing about?!
RESPECT THE CHOICE OF SOMEONE THAT GAVE HER LIFE FOR YOUR FREEDOMS, AND STOP BEING IDIOTS!!!
One last thing to all those "pious" religious folks claiming that it's so that she does not get saye2at "Sins" :
A- Last I checked, religiously, She died a Martyr, and Martyrs go instantly to heaven, so what fear of (Saye2at) Sin?
B- Assuming she really did die veiled and all that, it means she wore the veil because she repented from her "sin" and as God makes it clear, he accepts repenting, and the past is erased. So if we're the ones spreading the picture, how is she responsible religiously again? In fact there's a religious precedent on this. Read your religious history.
and if you STILL don't believe me, check out the ACTUAL interview with her mother here: http://www.youtube.com/watch?v=QqvSohh4bWk    See any pictures of her in a veil?
Now to those that say she's not really a Martyr and that she's "Shaheedet Elbalconat" (Martyr of the Balconies) and speak disrespectfully of her (Considering she's dead , that really shows you who these kinds of people are.)

In Islam, You are considered a Martyr if you die due to Jihad (Righteous Struggle), Both the lesser Jihad (Dying in battle defending yourself, your family, your home, your country, your religion...etc) , and the greater Jihad (Dying while perusing something that improves you as a person).

So depending on the various "Explanations" of her death she's still a Martyr in the eyes of religion.
If she died due to the blows she got to her head, She's a Martyr.
If she died trying to jump out of the balcony on her way to revolt, she's a Martyr.
So there really is not question religiously of if she's a martyr or not, because in the eyes of religion (Islam) she died a martyr. There is No question about it.