After various reports of fraud yesterday during the referendum process in Egypt, I still think that something fishy is still going on today.

Now I'm going to make this a short post, but I just want to point something out.

So according to the Ahram online, initial results showed that 2/3's of the Eligible voters in Alexandria voted for No at 65% and said there was one district remaining accounting for 1/3 of Eligible voters.


Now if we assume that the ENTIRE remaining 34% said Yes.

So Yeah, Either Ahram newspapers is lying, or something fishy is going on. Judge for yourself.

And in case "someone" attempts to pull those sites down, here are screenshots 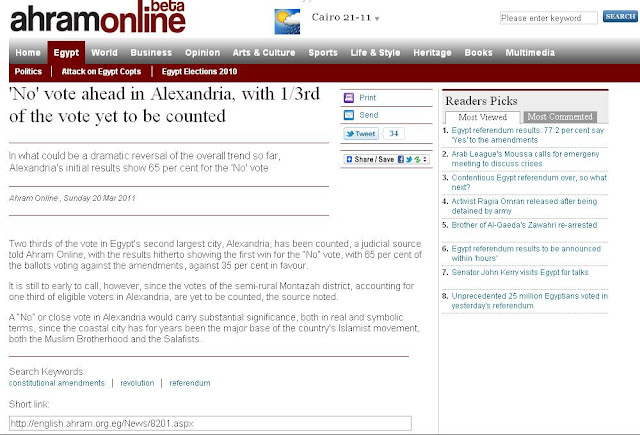 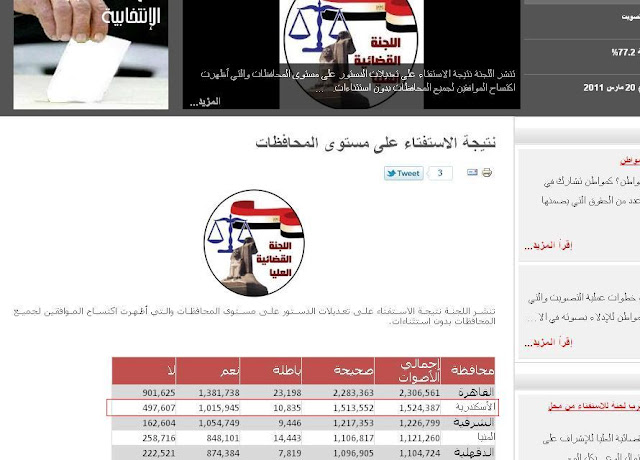 Now Decide for yourself.